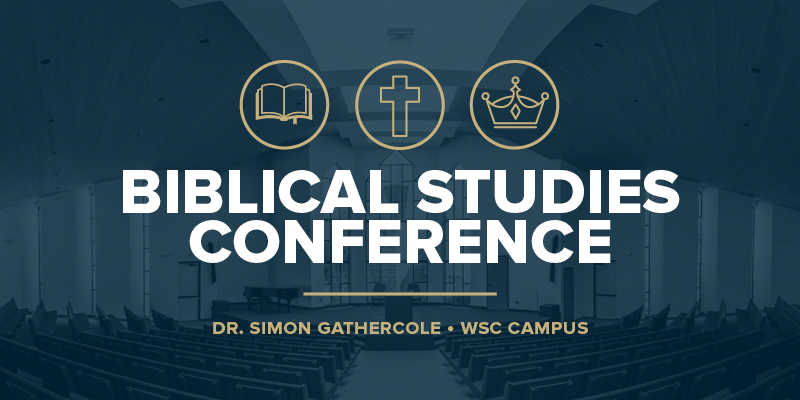 Please join us on the Westminster Seminary California campus for a special two-day Biblical Studies Conference on November 14-15, featuring Dr. Simon Gathercole, Reader in New Testament at University of Cambridge and Fellow and Director of Studies in Theology at Fitzwilliam College.

Some of the most widely publicized challenges to the Christian faith today have come in the hype surrounding the “apocryphal” Gospels not included in the Christian Bible. The idea that there is nothing particularly special about the four New Testament Gospels has appeared in both the popular media and in Biblical scholarship, from references to the Gospel of Philip in The Da Vinci Code, to the publication by the Harvard Theological Review of the so-called “Gospel of Jesus’s Wife” fragment. These lectures will discuss the relevance of these Gospels outside of the Bible, comparing them with Matthew, Mark, Luke, and John.

The conference will take place in the WSC chapel. No RSVP required.

Dr. Gathercole's first degree was in Classics and Theology in Cambridge, after which he pursued doctoral research under the supervision of James D.G. Dunn in Durham. He also studied for short periods at the University of Tübingen and the Jewish Theological Seminary, New York. He previously taught in the University of Aberdeen (2000-2007). He was editor of the Journal for the Study of the New Testament for a number of years and is now a co-editor of the journal Early Christianity.